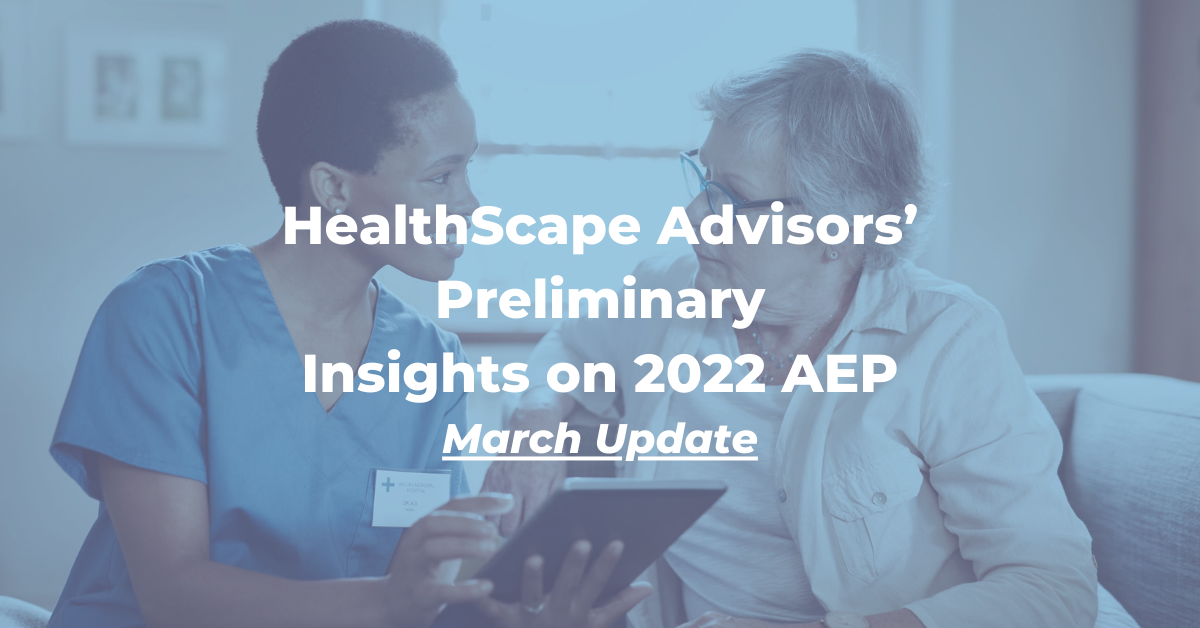 As a part of that brief, we noted that updates would be made as additional enrollment data became available. As of this update, CMS has published enrollment data through March 2022 and our team has compared March lkenrollment data to those from January. We noted plans whose enrollment either grew or contracted meaningfully during the months following the AEP as plans move into the Open Enrollment Period (OEP), which is an increasingly important strategic period as MA beneficiaries can switch between MA plans (or back to original Medicare) if they are unhappy with their plan selection.

Most National plans profiled in the original brief (Humana, CVS Health [Aetna], Kaiser, and Centene) continued trends of modest growth during the January to March period. While the growth has been modest in terms of growth percentage, the majority of the growth in the MA market continues to be captured by the Nationals. For example, UnitedHealthcare’s 1.5% enrollment growth equated to ~120K new members during the first three months of the year, which is more than the enrollment gains of all the Blues plans combined over the same period.

Of these plans, BCBSNC grew the most (growth percentage vs. sheer enrollment) at 7.2% between January and March ( ↑23% since December 2021). While BCBSMN, Cambia, and HCSC all grew between 3-4% during the same timeframe, Highmark yielded the largest number of enrollees of the profiled group with roughly 7k new members.

None of the PSPs highlighted in our original brief experienced material growth or contraction during the period of January to March 2022 and as noted in our previous brief, PSPs did not experience significant growth over the AEP time period.

The above observations serve to reinforce a guiding theme of our original brief that member acquisition during the AEP and OEP periods is only the first step towards a successful growth strategy, which must also focus on member engagement, satisfaction and retention, as well as growth strategies focused on the age-in population and other beneficiary categories like Employer Group Waiver Plans (EGWP) and Special Needs Plans (SNP).

Potential enrollees have more options than ever in plan selection across plans with household names (Nationals); regional footprint and local community-based focus (Blues); and promises of a personalized, simplified member experience (Start-Ups). Growth across all plans and plan types supports this optionality; however, plans must execute on necessary growth and retention strategies to realize their full potential.

Competition is clearly fierce amongst peers in the battle to differentiate at a surface level and capture market share –plans must evolve strategies beyond these “selling periods” of initial enrollment to win in the long-term.