Healthcare Cost Transparency: The Guessing Game is Over

As a former health plan executive and proficient strategic advisor, Tej has supported a broad spectrum of healthcare organizations in achieving their strategic, operational and financial objectives. He has particular expertise developing enterprise strategies and innovative value-based care and payment models by working collaboratively with clients to improve quality, experiences and costs for members and patients. 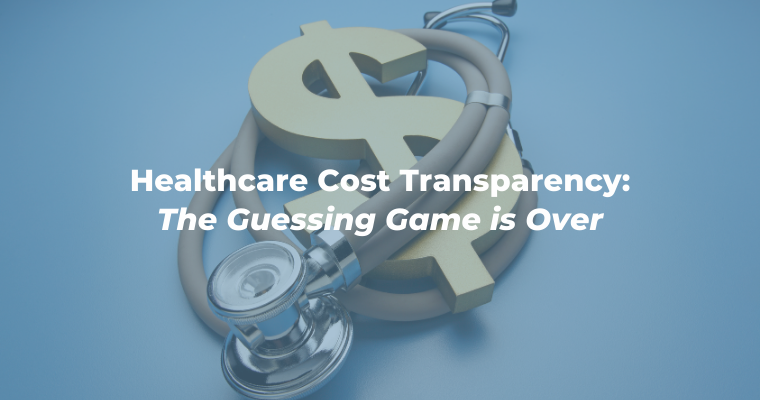 In June 2019, the Trump administration issued an Executive Order (EO) that directed the U.S. Department of Health and Human Services (HHS) to propose regulations that enhance the ability for patients to shop for healthcare services. As directed by the EO, the Centers for Medicare and Medicaid Services (CMS) issued two rules that have taken significant steps to increase price transparency and heighten competition amongst providers and health plans:

Despite continued lobbying efforts by the American Hospital Association (AHA) and hospital groups, the EO appears to be moving forward as the Trump administration has not delayed the January 2021 Price Rule implementation. Similarly, while health plan groups such as America’s Health Insurance Plans (AHIP) and the Blue Cross Blue Shield Association (BCBSA) have expressed their intentions to appeal the Coverage Rule, we believe these rules are likely to be implemented and as a result, should be considered in strategic planning.

Although the direct impact of price transparency is still relatively unknown, we believe the EO will cause a considerable shift in the negotiating advantages that any health plan or hospital system has held in contract negotiations over competitors for many years. We advise our clients to closely assess their key relationships and strategize potential risks and opportunities (e.g., where will pressure and increased scrutiny originate? can I quantify the revenue / medical costs that may be at risk as a result of updated negotiations? are my rates defensible?). The historical relationships between plans and providers are bound to be altered.

Price Rule: What it Means For You

We believe the key impacts of the Price Rule on health plans could be the following:

Coverage Rule: What it Means For You

In addition to preparing for the Price Rule, we also advise that our clients proactively prepare themselves to be well-equipped for the Coverage Rule. Studies have shown that in spite of their best efforts, current price transparency tools are not highly utilized by members, even by those with high deductibles. It remains to be seen whether the new CMS ruling will significantly alter uptake, but unless vendors and plans alter their engagement models, we don’t expect a seismic shift. However, like the Price Rule, the Coverage Rule will make more information readily available in the market for providers and competitor health plans to understand contracted FFS rates. Ultimately, it will allow for another data point to accelerate the shift to fee-for-value.

From our perspective, the three primary impacts of the Coverage Rule include the following:

The tangible impact of the CMS’ rulings on plans, providers and consumer behavior remains relatively vague. The EO continues to draw sharp criticism for reasons such as the potential for price shifting and increased member confusion through the complexity of price shopping.

However, even with the industry criticism that we highlighted in our 2019 Executive Brief, we continue to believe that the EO creates the opportunity for plans and providers to accelerate the shift away from fee-for-service pricing.  The latest regulations will enable industry players to see clear discrepancies in prices paid for the same procedure across hospitals and geographies with no visible difference in quality. The organizations that are best prepared with defensible explanations for any variances in prices will be best positioned for the upcoming landscape, while others could be under vast pressure to alter historically negotiated rates. Health plans and providers should be ready to adapt to the new environment and be prepared to capitalize on new and unique opportunities to focus on value-based care payment models.

Accelerating the Race to Value: The Impact of Regulatory Actions to Improve Price Transparency

Healthcare Cost Transparency: The Guessing Game is Over