Accelerating the Race to Value: The Impact of Regulatory Actions to Improve Price Transparency 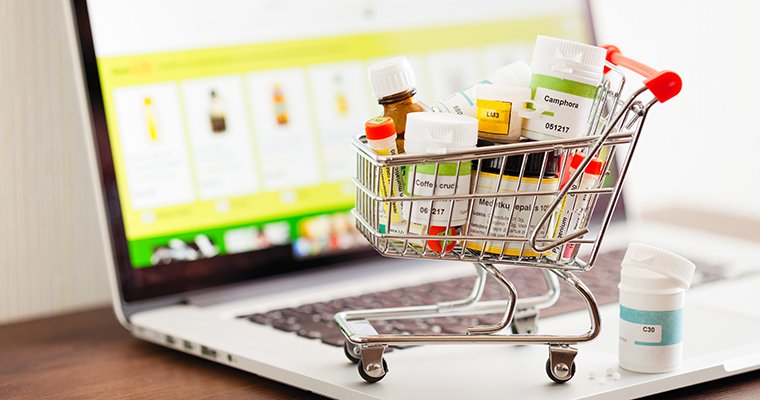 “My Administration seeks to enhance the ability of patients to choose the healthcare that is best for them. To make fully informed decisions about their healthcare, patients must know the price and quality of a good or service in advance.” – Executive Order on Improving Price and Quality Transparency in American Healthcare to Put Patients First, Issued on: June 24, 2019

The Trump administration recently unveiled an Executive Order requiring hospitals to publicize their standard charge information in an easily digestible, consumer-friendly manner. Building off of this order and providing further granularity, CMS published a proposed rule as part of the Hospital Outpatient Prospective Payment System rule (OPPS) at the end of July requiring hospitals to disclose negotiated rates for a minimum of 300 shoppable services (i.e., services for which patients can comparison shop before receiving treatment), 70 selected by CMS and 230 selected by the hospital. Under CMS’s rule, effective January 2020, all hospitals would be required to disclose standard  charges and the negotiated, discounted rates between hospitals and health plans, a contracting mechanism that has been historically  protected. Hospitals which fail to comply will face a financial penalty of up to $300 per day.

While a series of open questions remain, it will be up to health plans and health systems to connect the dots for consumers and make this information digestible and usable and determine how they themselves are positioned in the market. Arming consumers and competitors with this information has two fundamental impacts—it changes and redefines the relationship health plans have with consumers as well as the relationship they have with providers. In concert with the shift in healthcare consumerism and CMS’s continued payment model evolution, these regulatory actions, and thereby the focus of this paper, could serve as a dramatic precursor towards fee for value.

WHY DOES THE EXECUTIVE ORDER ACCELERATE THE MOVEMENT TO VALUE?

There are two general schools of thought on the positive impact of the Executive Order and proposed rule: (1) increased transparency will enable more informed consumer decision-making regarding the selected cost of care and (2) transparency of provider-health plan  negotiations will disrupt the back-room deals that have resulted in unnecessary price increases over the years.

Though the order and rule have drawn sharp industry criticism, it is important to note that the breadth of regulatory actions will determine level of impact. If it is truly wide reaching, health plans and health systems will be forced to radically change the dialogue of their negotiations. If it is simply a narrow set of shoppable services, it is likely that the focus of the negotiations will lead to tacit coordination of shifting costs to non-qualifying services, a dynamic that already occurs in everyday price negotiations. Ultimately though, we believe this foreshadows and sets forth a path to greater levels of transparency across a broader set of services.

However, despite the potential for disruption, there is reason to be cautious. First, although the mandate requires prices to be easy to understand and Internet searchable, the average consumer may find it overwhelming to piece together the data and tally the cost of care from different hospitals for treatment. This complexity and fragmentation creates a market for data aggregation and simplification intended for consumers, paving the way for new entrants (e.g., Big Tech) to solidify their position. Furthermore, some believe that rather than bringing high cost providers down to a mean, this transparency will allow those with negotiation disadvantages to demand higher prices given the lack of traditional competitive forces to drive prices down. Such a reverse effect of price transparency occurred when Denmark published cement prices for concrete manufacturers, a similarly consolidated market, and fees increased 15-20%.

Regardless of impact, we believe that value-based contracting will be the chassis for plans and providers to differentiate.

If there is a normalization of FFS rates, then a sustainable economic model will require plans and providers to differentiate on total cost of care, quality and member/patient experience.

While we await the final rule, it would be wise for plans and providers to preemptively position themselves to address the intent of these regulatory actions, regardless of final details. Assuming the rules serve as a catalyst towards price normalization, plans and providers will need to determine how they differentiate themselves on value rather than unit price.

The largest gap in the Executive Order and CMS proposed rule is the integration of volume and utilization considerations. Without the integration of this information, pricing alone can be confusing and potentially steer members to providers that represent low unit costs but are not effective managers of up and downstream utilization and expenses. Critical to sustaining in the age of price transparency will be the need for both plans and providers to create context across key differentiating capabilities so consumer decisions are not made in a vacuum.

As such, plans and providers should:

Quantify the positive and / or negative impact of this order on the unit cost of services and develop a plan to offset potential lost margin. As prices standardize to a new normal, it is unclear whether this will depress or boost unit cost, particularly as only one-third of the care patients receive qualify as “shoppable services,” presenting an opportunity for providers to shift prices to services that are not susceptible to public scrutiny. Plans and providers will need to stress test the spectrum of scenarios to fully understand their own financial market positioning and exposure and subsequently, develop complementary scenarios to compensate for lost revenue. Furthermore, the rule is only applicable to hospitals (services, supplies, fees) and the medical staff they employ. That means negotiated prices for services provided by such laboratories or physicians would not have to be disclosed. Building scenario-based economic projections can help a health plan / health system understand if and how much margin could be at risk based on this evolution.

Given that fee-for-service advantages may dwindle for leading plans and providers, these organizations must create a future economic model that captures market share and drives bottom line margins through value-based arrangements. Today’s value programs, which largely include simple incentives and upside-only arrangements, will cease to be durable models of the future; plans and providers should conduct an internal diagnostic to determine whether existing programs are broad, robust and aggressive enough to sustain in a value-based ecosystem. Once aligned, plans and providers will need to develop a migration roadmap by constituent to recalibrate efforts towards value. This will include understanding how to strike the balance between episodic and global payment models, how to migrate and expand pay for performance and limited risk models to bold initiatives with far-reaching implications.

Expand Capabilities and Architecture to Succeed Under Value:

Historically, plans and providers have taken a conservative approach in building the infrastructure to manage risk wherein each has been dependent on the other with limited collaboration. With a systemic change underway that could fundamentally shift contract negotiation dynamics, plans and providers need to ensure collective readiness across capabilities and infrastructure. Areas for readiness and  collaboration may include, but are not limited to, ensuring relevant details are distilled to members / patients for informed decision-making, steering patients / members to the most cost-effective, high quality care programs and confirming a consumer-driven strategy as greater levels of perceived control and accountability heighten consumer expectations and engagement with their healthcare system.

Although health plans pride themselves on being aggressive stewards of value-based care, there is an inconsistent view of the true  penetration of value-based economics. Industry perspectives corroborate that the majority of contracts are FFS that primarily pay lip service to value-based care. While a 2018 survey fielded by ORC International of 120 health plans found that “nearly two-thirds of payments are now based on value”, a 2018 NEJM survey of 323 providers and clinical leaders indicated that only 25% of their revenues were tied to value. We expect price transparency movements like these to create a more balanced and realistic view of how much of our industry is truly in value.

Now that the protection plans and providers had for not accelerating towards value is eroding, they have no other alternative but to join the race.

While there is disagreement on the direction this order will shift pricing, we believe the transparency of negotiated prices is a fundamental push away from FFS towards value, albeit with scale and velocity that will depend on the details of the upcoming proposals. While broad transparency may propel and expedite swift action, a more conservative approach may maintain status quo yielding targeted contract negotiations on select services to make up for where rates are normalized. That said, price transparency is an aspirational objective, with this order being an incremental step in a clear direction. As such, plans and providers should use this order as an opportunity to move towards value rather than as a short-term cost shifting mechanism.

Price transparency signals a strong shift towards value. HealthScape has helped numerous clients navigate and prepare for impacts from regulatory actions. Contact Tej Shah at (312) 256-8616 or tshah@healthscape.com for more information.